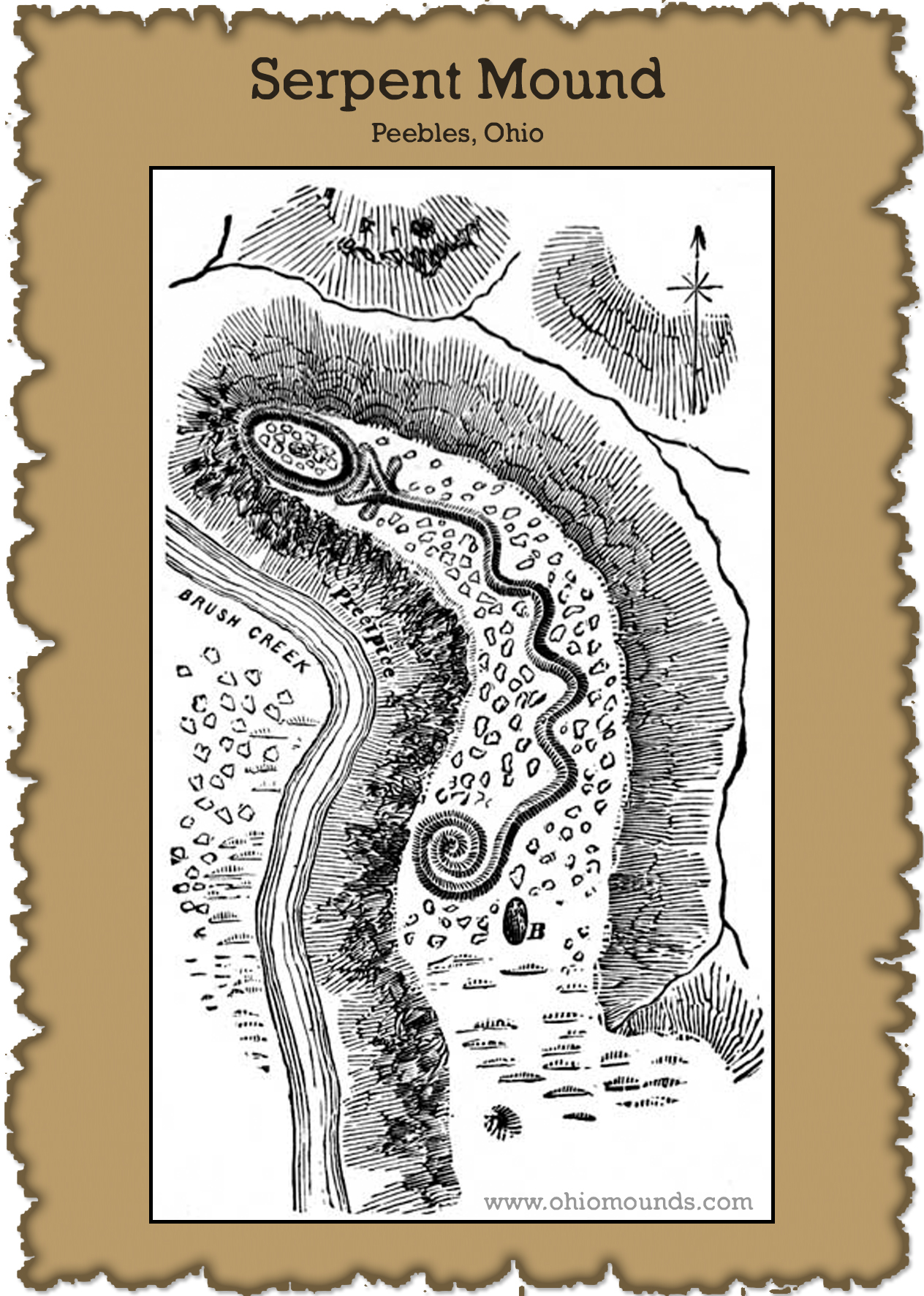 The Serpent Mound was first described by Squier and Davis, the pioneers of American Archeology, in 1848. In 1885, through the efforts of Prof. Frederick W. Putnam, of Harvard University, steps were taken which secured perpetual preservation of this great earthwork. Through his initiative, a subscription fund was raised by certain public spirited women of Massachusetts, and the land containing the Serpent was purchased and deeded to the trustees of the Peabody Museum of Harvard University. That institution in 1900 deeded the Serpent Mound Park to the Ohio State Archeological and Historical Society, for perpetual preservation as a public park. A tablet bearing the history of the Serpent since it came to the notice of white men was erected in the park in 1902.